Record-Breaking Ratings in Our 32nd Year

RUSH: And welcome everybody, ladies and gentlemen, boys and girls, young and old alike to our special Thanksgiving edition of the Rush Limbaugh program right here on the EIB Network. Great to have you here. This is the final live broadcast of the week for me. As I said yesterday, I’m endeavoring to find out what it’s like to be a normal guy. And in that quest, I have found it necessary to take tomorrow off like most other normal people do. So this is it. 800-282-2882 if you want to be on the program today. The email address, ElRushbo@eibnet.us. 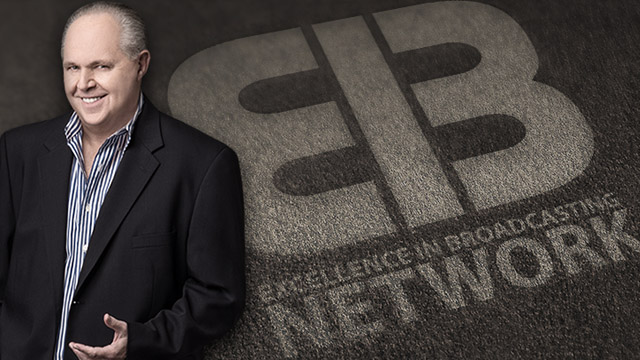 The point of this is that many people today have never heard what we do on our special Thanksgiving edition of the Rush Limbaugh program, and that is The True Story of Thanksgiving, which I wrote about in my first million seller. Actually, the first book sold two million hard copies, another two million paperback. My first two books sold a grand total of nine million copies. And the second one sold out, the two million in hardcover copies in eight weeks.

It wasn’t until I began to research it for the book, and then we researched it again for the children’s book, Rush Revere and the Brave Pilgrims about the arrival here in the new world of the great Pilgrims who came and risked everything and actually engaged in the first Thanksgiving. So for those of you who have not heard the story, it’s gonna be eye-opening. Normally, I wait until the last hour of the program to do this. But I’m not gonna wait ’til the last hour of the program today. I’m gonna shake it up and spread it out. 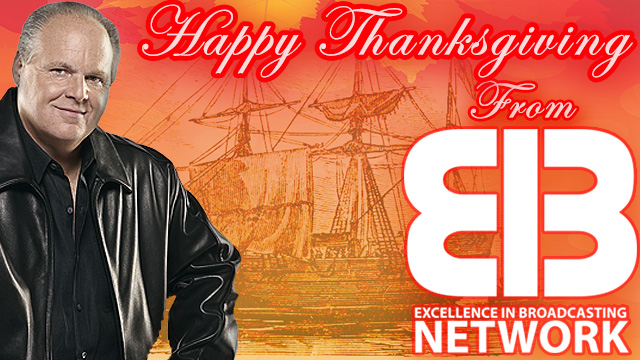 We also have George Washington’s first Thanksgiving proclamation. And you know what’s gonna stand out to you about that is how often George Washington, the father of our country and the first president and the man whose morality ensured that the United States would remain as founded, they asked him to be king. He turned it down. Served his terms as president, went back to Mount Vernon. But he could have been king.

If he had chosen and accepted the offer to be king, we wouldn’t be the representative republic that we are. We’d be a monarchy. Well, who knows what would have happened to the United States from 1777, ’78 on had George Washington accepted the offer to be king. But he didn’t. His morality saw to it that he stayed true and loyal to the Constitution that he helped put together. And his first Thanksgiving proclamation, you’d be amazed at how often God-d is cited and referenced. It will blow away if you haven’t heard it before. 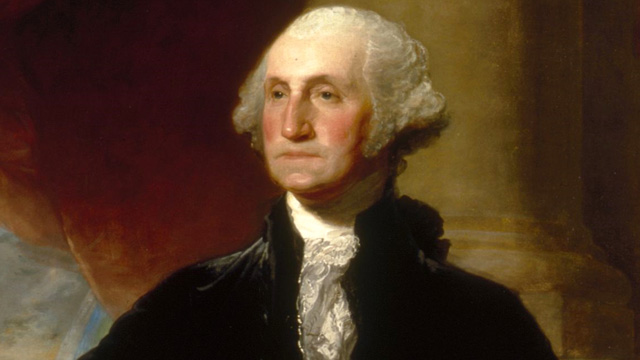 And we also will have a little fun. How many of you believe that we screwed the Indians out of Manhattan for 24 bucks? How many of you believe that story? We didn’t screw the Indians out of anything. They screwed us. And I love telling this story as well. So that’s all coming up. And as I say, I’m not gonna force you to wait until the third hour. One of the reasons for that, sometimes I don’t leave myself enough time in the third hour, so I’m gonna spread this stuff out. We’ll combine it with a regular performance program here with the stuff happening out there in the news that we comment on as it happens.

So, let’s get started with all of that, and we’ll get the real Story of Thanksgiving, which, again, if you haven’t heard it — folks, I’m telling you, normally it’s at Christmastime that I get very sentimental and filled with thanks. I don’t know why, but it’s always at the Christmas break that I take some time to thank all of you and to explain how much you’ve meant to me and my family over the years. But I’m gonna do that today.

I’m so happy and I’m so proud, I cannot express the gratitude I have for the support that you are showing for the program in terms of — folks, these ratings are just through the roof for the last end of the month leading up to the election. We’re into a new month now, and they’re just showing continued record-setting pace after 32 years. And that’s all you. And I can’t thank you enough. I wish I could get into greater detail, but we’re not really permitted. The theory is you discuss the ratings and you alter them and you have an impact on what they are and what people admit to listening to. So, that’s about as far as I can go with it.

RUSH: So great to be with all of you each and every day. Such an opportunity, such a privilege that I have had my entire life, to be able to do what I always wanted to do, do what I was born to do and to do it well and to succeed at it. No greater blessing to be bestowed.

And you all are instrumental, fundamental, crucial in making all of this happen for me. And I never will be able to pay you back for it. I don’t care what I do, I’ll never be able to thank you sufficiently for everything that you’ve meant. I mean, 32 years here. There’s some people that have been listening the entire time. That’s over a generation. And there’s some lifers here. It’s just phenomenal.