Nancy Pelosi is on a hatred rampage.  The proximate cause is Donald Trump, but he, like Melville’s white whale, is only the trigger.  Captain Ahab will die rather than look at the hatred festering inside of him.  And he will destroy the entire ship, just as Pelosi is doing to Congress.

She has hunted President Trump for four years.  Impeaching Trump after his presidency is unconstitutional, without cause, and crazy.  Our history books will excoriate the House during her reign.  A Russian hoax and two fake impeachments are more important than getting COVID relief to American citizens.  Pelosi is driving the Republic to destruction.  She spent our $32 million for the Mueller investigation, on a fake Steele dossier leaked by Hillary Clinton.  Trump’s Russian collusion, it turned out, was all a lie.  Yet Joe Biden’s Ukraine and China collusion, it turns out, are very real.  Biden daily threatens our national security with his compromised position and earned wealth from these two countries, but the left ignores that real and present danger.

Pelosi had a presidential election stolen in plain sight.  There is a mountain of evidence to bury, so she pretended the Capitol protests were different from all of the other violent protests happening for months in our country.  The vast majority of the Jan 6 protesters were there to support objections to the electors, not to shut it all down.  They wanted the evidence of election fraud to see the light of day.  But Democrat congresspeople saw the opportunity to pretend they were at risk, even though the overwhelming amount of political violence has come from the left.  Nancy Pelosi has been inciting political violence for four years and all because she did not like a president.  She never accepted the 2016 election, so she and the Democrat machinery made sure that We the People would not be trusted with another election.

She is not working for We the People.  She despises us.  She doesn’t care if we can’t make a living in a lockdown, or actually need her to pass the COVID relief bill so we can have basic groceries, not designer ice cream.  She doesn’t care that voting is our right.  We displeased Her Highness by voting “wrong” last time, so we cannot be trusted with our voting rights anymore.

She is, in Dick Morris’s phrase, a “vicious winner,” still hunting Donald Trump down, still not passing relief bills, and now demanding that half of the country be deprogrammed so it thinks like her, docile and compliant while she becomes even richer.  Congress needs to stop aiding and abetting Pelosi’s malignant hatred before she, like Captain Ahab, takes the entire ship down with her. 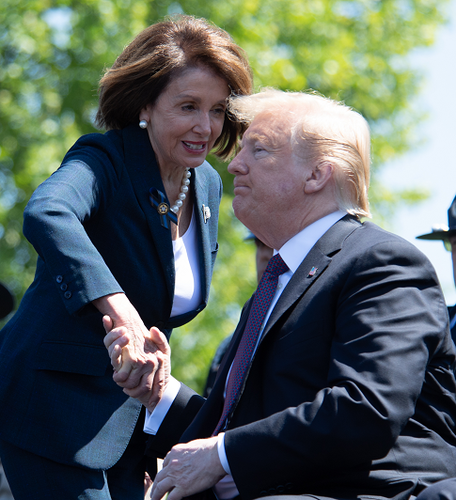