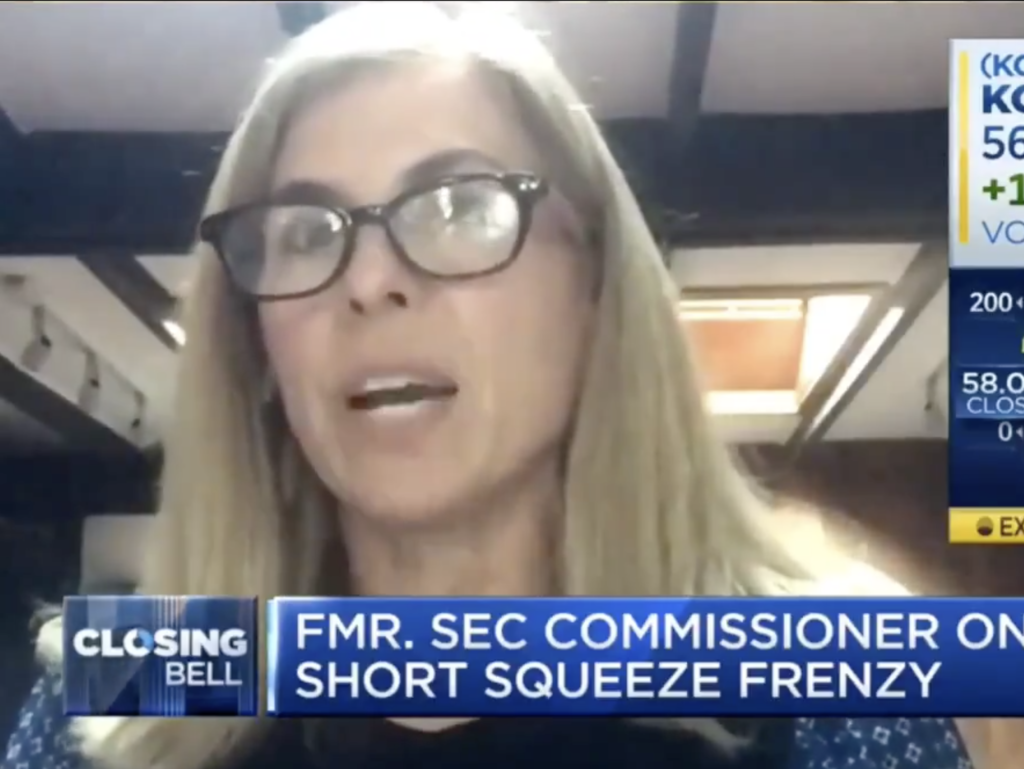 “It really puts a lot of question about the integrity of the market, right? And it really, kind of, everybody’s scratching their heads over this … not unlike what we saw on Jan. 6 at the Capitol, right?” Unger said on CNBC. “If you don’t have the police in there at the right time, things go a little crazy. And that’s kind of feels like what’s happening with this. Much different, much lesser degree: It’s financial harm, not personal bodily harm, but certainly that’s the same kind of, you know, platform-created frenzy that people are operating under, and these are very trying times.”

In her opinion, Unger thinks what’s happening with GameStop and other stocks raises “very valid questions about market manipulation” and requires regulators to step in or risk creating more “harm,” a move that she likened to Big Tech companies censoring and removing former President Donald Trump from their platforms.

“The problem is, if the regulators do nothing, this happens. … This is something that requires a full policy solution,” Unger said. “The same way that some of the social media platforms took down the former president’s Twitter account and Facebook having an external advisory board review the content, it could be something that requires a broader solution and approach and a real policy mandate.”

Unger also hinted that the Federal Communications Commission and SEC should investigate the origins of the so-called market manipulation because it appears to have started on a public chat forum.

“The FCC does have the authority to suspend trading. … They could suspend trading and sort things out and find out who’s saying what, whether there’s a correlation to trading, whether there is a concerted effort to manipulate the market, or whether this is just a stock that people are really excited [about],” Unger said. “It brings up a really interesting question about who has the responsibility to monitor and regulate these platforms. … Certainly, there has been some concerted effort by some of the trading entities to stop by orders, but whether the SEC has the responsibility to go in and just monitor and regulate these conversations and in what way is not very clear under these circumstances.”