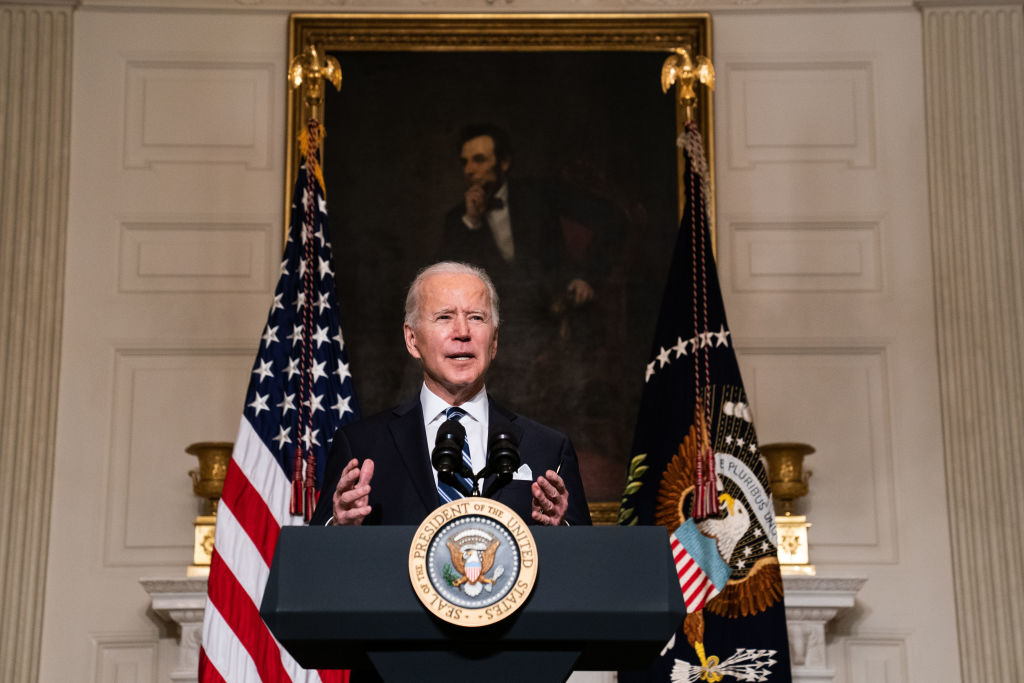 The new president needs to focus on the home front, not give in to the temptation to throw his military might around the world.

As the January 6 mob attack on the Congress continues to send reverberations through the American political system, it has become clear that restoration of confidence at home is more critical than any adventures abroad. The traumatic events of the past two weeks have demonstrated clear cracks in the foundation of American democracy that were created in large part by misinformation, lies, and deception.

The primary task of President Joe Biden’s first 100 days will be to prevent further domestic political violence and to correct the misinformation of the past administration. It will not be to return the United States to a position of primacy in the international system. The main ways the new administration can restore confidence is through an expansive and comprehensive COVID-19 recovery effort at home and by rejoining international agreements.

Although the U.S. vaccination effort is narrowly ahead of many other wealthy democracies, the rollout has been bedeviled by stumbling blocks despite months of planning time. Fixing the issues with vaccine distribution domestically and assisting with international vaccination efforts would help the new administration combat the pandemic and increase confidence in the U.S. system.

Restraint abroad also ought to be a priority due to the damage to America’s international standing that was wrought by the Trump administration. A Gallup 2020 Global Leadership report documents a dramatic fall in favorable perceptions of U.S. leadership, showing a drop from 48 precent approval in 2016 to 33 percent in 2019, which is on par with favorable perceptions of Russia (30 percent) and China (32 percent). Pew Research reported similar downward trends in the United States’ reputation during the last year of the Trump administration even before the president incited a mob that attacked the Capitol, which only did further damage.

The negative effects of America’s declining standing in the world have been noticeable in international diplomacy. Under Trump, the United States withdrew from multiple agreements that previous administrations counted as major foreign policy successes, including the Iran nuclear deal, the Paris Agreement, the Trans-Pacific Partnership, the Intermediate-Range Nuclear Forces Treaty, and the Open Skies Treaty. The damage caused by the Trump administration’s assault on international agreements leaves the United States with a credibility deficit the new administration must recover.

In the process of restoring American diplomatic leadership, however, the Biden administration must be wary of the tendency to conflate global leadership with military action. The last thing the United States needs now is more military interventions abroad or an expansion of defensive commitments. The conflation of leadership with a willingness to use armed force to solve policy problems is a dangerous Washington pathology that will be difficult yet essential for the new administration to avoid.

If the Biden administration wants to successfully begin the difficult task of restoration at home, then it should practice restraint abroad in its first 100 days. Given the track record of Biden’s senior foreign policy officials and the significant domestic crises that must be tackled first, it would be unrealistic to expect the new administration to adopt any grand strategy soon after the inauguration.

Restoring the diplomatic tools of U.S. engagement with the world and rejoining or extending several agreements that Trump withdrew from would be great first foreign policy steps for the Biden administration. Biden has already signaled his desire to rejoin the Iran nuclear deal, which would mark a step back from the dangerous escalation of tensions that kicked off after the Trump administration withdrew from the agreement in May 2018. Rejoining the Open Skies Treaty before the Russian parliament can vote to withdraw from it and pressing for an extension to New START before its February 5, 2021 expiration date should also be priorities in the Biden administration’s first 100 days.

An enhanced role for diplomacy should be coupled with an avoidance of new military entanglements and a winding down of U.S. involvement in ongoing conflicts in the Middle East. A militarized foreign policy begets militarization within the United States. The Trump administration’s foreign policy suffered from a combination of undercutting U.S. diplomacy and overreliance on military tools of power. Returning to the idea that American leadership equals military activism would be a major error for the Biden administration.

The benefits of paying attention to the home front are clear. Less adventurous policies abroad, including halting U.S. involvement in Yemen, Syria, and Afghanistan, would allow the American military to recover and root out violent extremism in its ranks. There is also a clear link between the U.S. engaging in international violence and tracking that violence back to the home front.

The domestic challenges the U.S. faces over the next four years are massive and will require more than 100 days to solve. There needs to be a concentrated effort to reclaim American values and pride after the Capitol was sacked and defiled. This will leave adventurous visions of global might unfulfilled, yet by restoring the foundations of American leadership at home, we can then rethink how to engage the world in a more constructive manner.