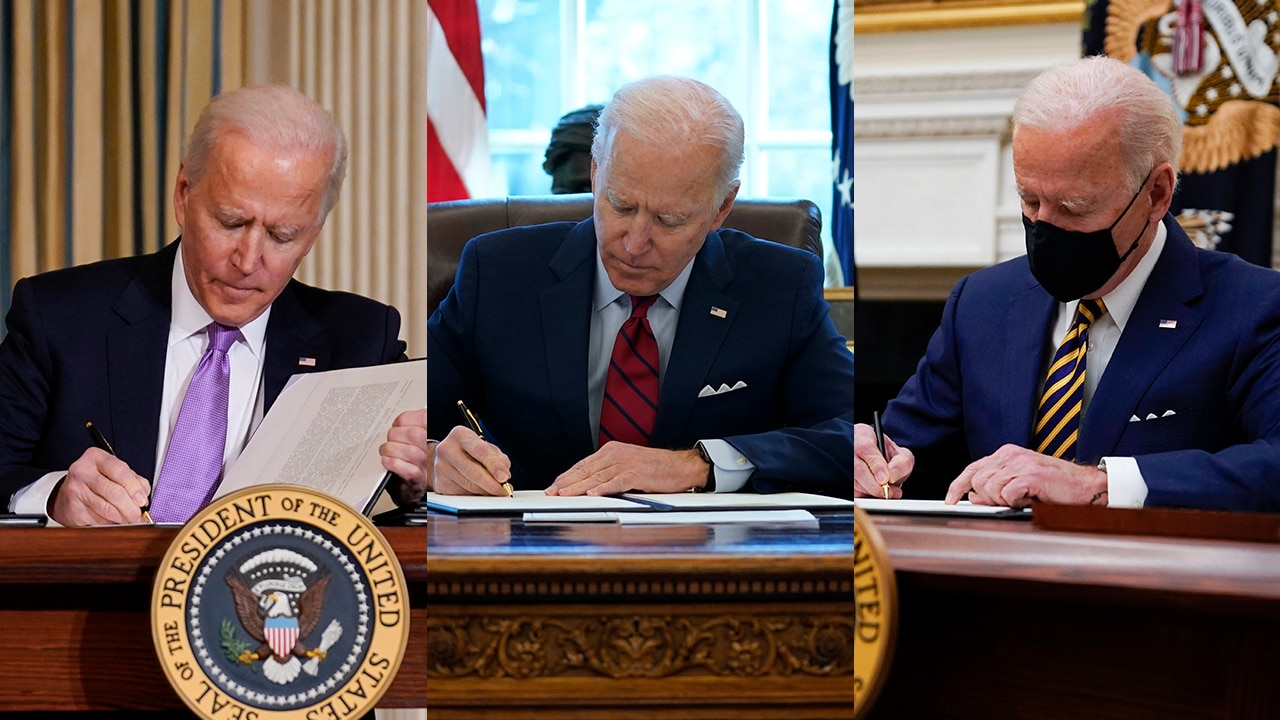 President Biden’s unprecedented push of 40 executive orders during the early stages of his presidency shows that he is pursuing a “far-left agenda,” Sen. Josh Hawley, R-Mo., said on Friday.

“I mean, killing energy jobs, killing the energy sector in the United States, which is essentially what he’s doing. Can you imagine how many good-paying American jobs that’s going to cost? And then you get the radical actions with women’s sports and across the board,” Hawley said.

BIDEN HAS SIGNED 40 EXECUTIVE ORDERS AND ACTIONS SINCE TAKING OFFICE

Biden has signed more than three dozen executive orders, actions and directives since he took office just 9 days ago — with Biden officials telling Fox News that the moves are “previews” of the agenda items the president will push in Congress as Republicans rail against the record-making flurry of orders.

Hawley said it’s “breathtaking” to see what Biden is doing without Congress’ approval.

“It’s breathtaking that he’s trying to do it without any democratic debate or legislation. And I think it really shows you this is somebody who’s got a pretty far-left agenda and it’s somebody who is intent on imposing it on the country,” he said.

In his first day in office, Biden signed an executive order to halt the construction of the Keystone XL Pipeline, which was meant to transport Canadian crude oil to the U.S., citing climate change.