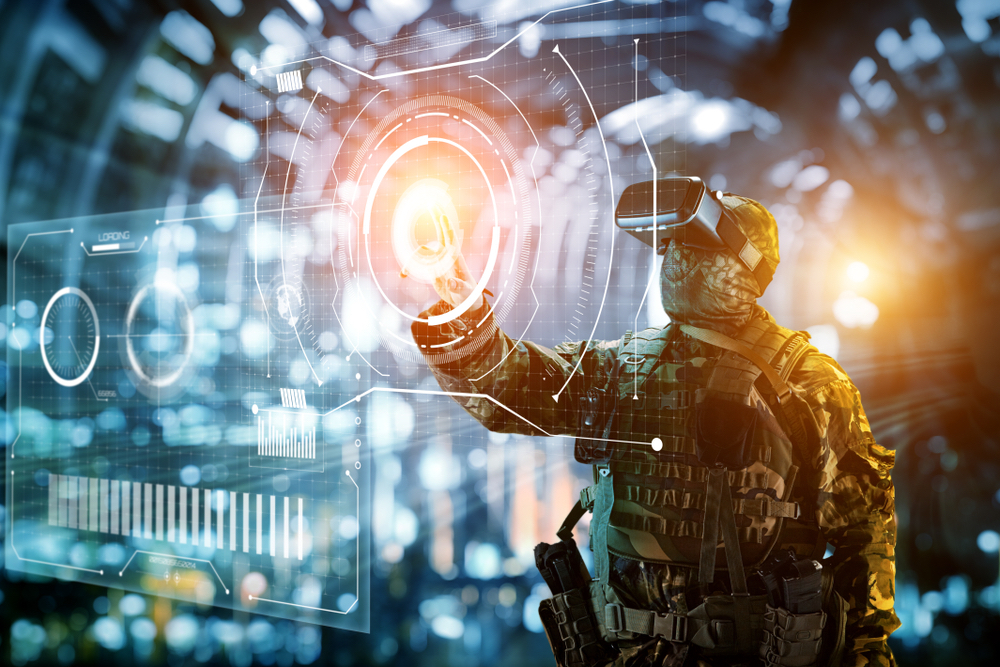 Though they claim to champion privacy, companies like Google and Amazon are making a fortune contracting with the government.

The “de-platforming” of Donald Trump by Twitter, Facebook, and Google-owned YouTube—that is, Big Tech—recently garnered big headlines. Trump’s change in status has raised cries among some conservatives of “censorship.” Yet a more libertarian view holds that these are private companies that have a right to control their own content, just as private broadcast and print media do. The word “censorship” has been traditionally and more appropriately applied to government violations of the Constitution’s First Amendment guarantee of free speech.

More disturbing might be Big Tech’s aiding of law enforcement’s violations of the rights of individuals at home and contributions to the military’s violation of human rights abroad. Despite its reputation for independence, it has recently been revealed that Big Tech’s relationship with the American national security establishment may be stronger than was previously thought. At some tech firms, workforce opposition has arisen over company contracts with the military and law enforcement. Yet these employee objections have usually led the companies to hide such government business through the use of mundane and nondescript subcontractors.

Big Tech has had a long-standing relationship with the U.S. government and military. During World War II, the government used IBM’s punch card technology to keep track of prisoners at unconstitutional domestic internment camps housing Japanese Americans, who even government reports admitted posed no threat to the American war effort. (At the same time, Nazi Germany was using similar IBM technology.) The Advanced Research Projects Agency (ARPA) of the Department of Defense (DoD) funded research on computing in the 1960s that led to the Internet and later to Siri. Such spinoffs are beneficial, but it is more efficient for the private sector to invest in them directly. Less positively, Honeywell Aerospace manufactured fragmentation bombs, which killed many civilians during the Vietnam War. Silicon Valley was no stranger to military contracts, with Lockheed (now Lockheed Martin), builder of military aircraft, missiles, satellites, and other defense systems, being the biggest player there during the 1980s.

Nowadays, Big Tech companies have loads of contracts with the military and law enforcement. Tech Inquiry, a non-profit organization promoting tech accountability, has reported that DoD, ICE, FBI, DEA, and the Federal Bureau of Prisons have thousands of contracts with Microsoft, Amazon, Google, Facebook, Dell, IBM, and Hewlett Packard. Microsoft is by far the contract champion, with 5,000. Amazon and Google trail with 350 and 250, respectively.

For example, Amazon’s facial Rekognition software could easily be misused by the government, yet the company is still marketing it to government agencies such as Immigration and Customs Enforcement (ICE). Furthermore, Amazon’s cloud services are employed by Palantir, a company that creates databases for ICE. Microsoft even admits that its software allows ICE to “utilize deep learning capabilities to accelerate facial recognition and identification” of immigrants. Dell also licenses software to ICE.

Google was involved in Project Maven to provide artificial intelligence for U.S. drone warfare in foreign nations. American presidents have used drones to illegally kill people, including Barack Obama’s assassination of Anwar al-Awlaki in Yemen. Awlaki was an American citizen, killed by his own government without charges, a trial, or sentencing. Almost 4,000 Google employees demanded the company end the contract and some resigned over it. Yet Google is now providing off-the-shelf technology for drones.

Big Tech is even helping foreign governments conduct what can be legitimately called “censorship.” For example, Google, in a project called Dragonfly, sold the oppressive Chinese government a censored version of its search engine. Microsoft beat out Amazon for a whopping $10 billion JEDI (Joint Enterprise Defense Infrastructure) contract to provide cloud computing for DoD.

Big Tech should be leery of working with both the U.S. and foreign governments—and not only because many of their employees object to contracts that can result in deaths or the violation of human rights. Government money never comes without strings attached. Contracting with the government will bring a slew of regulations that can change the commercial nature of any business, rendering it less creative and innovative.

Nonetheless this admonition may fall on deaf ears—because the government is so big and spends so much money in the private sector that it is hard for tech companies to avoid being tempted by its pot of gold. Although it pretends differently, Big Tech has a long and lucrative relationship with government contracting and, unfortunately, that business will probably continue to grow in the future.