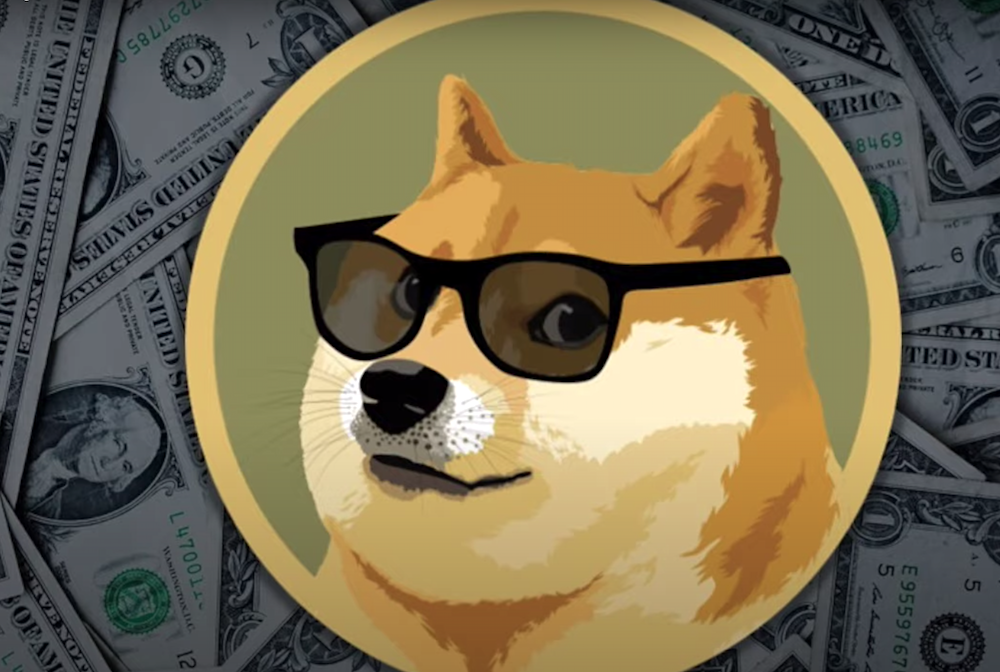 After just the first month, 2021 has already been defined by politically inspired riots, revolts against the so-called elite hedge-fund class, and an increasingly influential meme culture driven by a population largely stuck at home over the last year during government lockdowns. There probably isn’t a phenomenon more symbolic of the year so far than people getting rich (or losing their shirts) off Dogecoin, a digital asset that began as a joke based on the popular “doge” meme featuring a Shiba Inu pup, that skyrocketed in value this week.

Dogecoin soared after Reddit users promoted it on the heels of GameStop’s incredible rally; at one point the virtual currency was up by over 600 percent and currently has a market cap of over $6 billion. As of this writing, one dogecoin is worth nearly 5 cents, which marks a dramatic jump from just one week ago when each coin sold for about .008 cents. The coins reached 7 cents at the cryptocurrency’s peak Thursday evening.

The cryptocurrency’s rise is the latest twist in the retail investment rebellion that’s caused shockwaves around the nation this week. Interestingly, the movement that fueled Dogecoin’s rise has also created a new spirit of unity among right- and left-wing voters after the deep divisions that followed November’s presidential election. Sen. Ted Cruz, R-Texas, and Rep. Alexandria Ocasio-Cortez, D-N.Y. — normally ardent political foes — both agree it was “unacceptable” for the Robinhood trading app to block retail investors from buying GameStop shares, after Reddit users played hedge funds for billions when they drove GameStop’s share price from about 20 bucks on Jan. 12 to $347 on Jan. 27.

After Robinhood effectively crashed the price of GameStop by preventing trades, Redditors moved on to Dogecoin. Users on the Reddit forum r/SatoshiStreetBets, named after the supposed inventor of Bitcoin, Satoshi Nakamoto, began hyping the cryptocurrency mid-week with the goal of sending its value “to the moon.”

Software engineers Billy Markus and Jackson Palmer invented Dogecoin in 2013, based on Bitcoin and the doge meme. Unlike bitcoin, there is no implemented cap on the total supply of dogecoins. Initially, the cryptocurrency had a supply limit of 100 billion coins, but in 2014, Palmer announced the limit would be removed. After the initial 100 billion coins were mined by mid-2015, an additional 5 billion coins were put into circulation each following year. Ultimately, the ever-increasing supply of dogecoin could make it a less desirable asset for crypto investors in the long term.

Dogecoin can currently be purchased on several exchanges including Binance and Robinhood, which came under even more fire for restricting crypto trades later in the week. Just as Dogecoin’s price was taking off, Robinhood users began noticing instant deposits to purchase cryptocurrencies were not working.

“Due to extraordinary market conditions, we’ve temporarily turned off Instant buying power for crypto,” a spokesman for the trading platform said in a statement to CNBC. “Customers can still use settled funds to buy crypto. We’ll keep monitoring market conditions and communicating with our customers.”

Even in spite of Robinhood’s crackdown measures, however, Dogecoin is still going strong. Its most dramatic rally occurred after Tesla CEO Elon Musk tweeted a fake magazine cover called “Dogue,” an obvious reference to the currency.

Musk’s tweet caused Dogecoin to become the most-mentioned cryptocurrency on Twitter ever. Followers of the Tesla CEO might have noticed this wasn’t the first time he has referenced Dogecoin. In December, he tweeted, “One word: Doge.” Musk, seemingly a fan of cryptocurrencies, changed his Twitter bio on Friday morning to “#bitcoin,” which caused the cryptocurrency to soar to $35,000.

Demand for cryptocurrencies has spiked over the last several months, as fears of inflation mount. A Democrat-controlled House, Senate, and White House are likely to show no fiscal restraint and have signaled they are ready to enact drastic spending measures that could threaten the value of the dollar. President Joe Biden has already proposed a nearly $2 trillion “economic rescue package” that would include sweeping blue-state bailouts, more unemployment benefits, and large checks for all Americans. The bill would presumably be funded by a combination of tax revenue, borrowing, and money printing.

Cryptocurrencies such as Bitcoin, Ethereum, and, yes, Dogecoin provide a hedge against inflation. But they aren’t without their own risks. Federal regulation could pose a massive threat to this asset class. Treasury Secretary Janet Yellen has already made statements indicating that the Biden administration will aim to regulate cryptocurrencies — all it would take is one crushing regulation to make these offerings crash.

But for now, those worried about loose monetary policy adopted by central banks, Redditors angry at hedge funds, and retail investors looking to get rich are all jumping into the crypto game, hoping the value of their coins rockets “to the moon.”