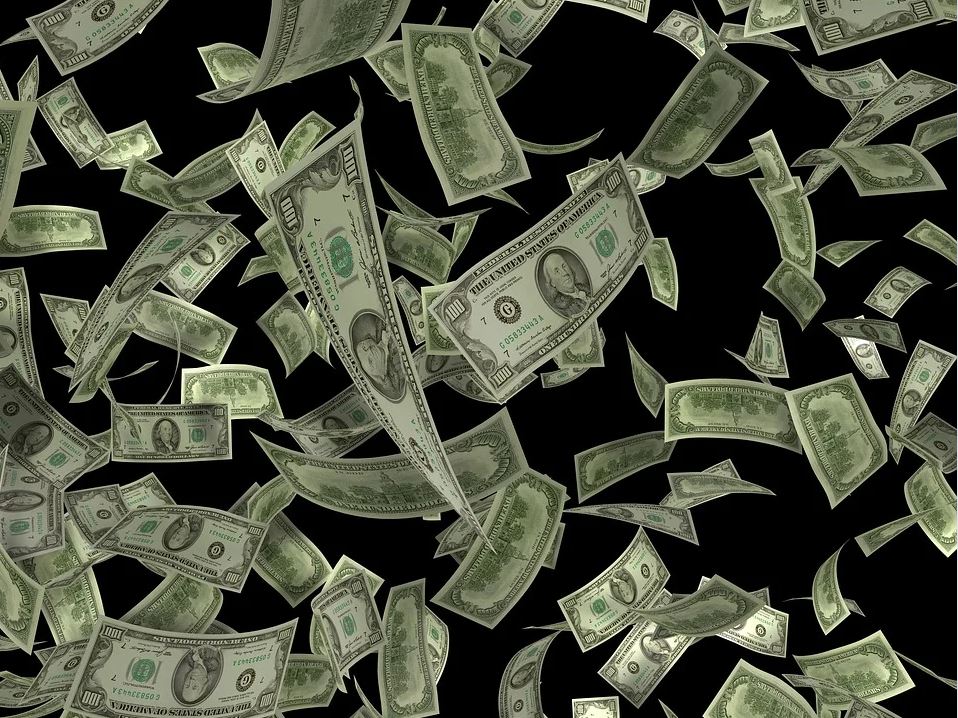 As the border crisis gets bigger and bigger, the Biden administration is running out of ideas.

Latest weather balloon to be floated around is the possibility of U.S. taxpayer checks to pay would-be illegals in Central America to stay home.

According to a report from Reuters:

The potential program would be targeted at people in the Northern Triangle region of Guatemala, Honduras and El Salvador, Roberta Jacobson, the White House’s southern border coordinator, told Reuters in an interview, without saying who exactly would receive cash.

Kind of a stimulus check incentive plan for foreign nationals to not break into our country illegally, but instead live in their homelands for awhile, maybe as long as the cash lasts? It’s a typical liberal idea of throwing cash at a problem instead of solving it.

After all, it would be just as easy to enforce U.S. immigration law, and who knows, make a treaty with the nations whose nationals are so eager to leave as well as the transit country Mexico. Heck, they might even continue building the border wall, which helps stop human-wave surges, and the cartel profits that flow from them, as well as helps the Border Patrol identify and devote attention to real criminals who try to breach it.

They might even encourage people to use the existing legal process for immigration into the U.S., but well, that’s never occurred to the Bidenites, that’s not how the Biden administration “thinks.” Too Trumpy, as it happens. Better to throw cash at the newly created problem instead of reverse course.

After all, in the family of Hunter Biden, who can’t be bought off?

In Central America, how many people want to emigrate? Well, to take one indicator, a 2018 Gallup poll found that 42 million, or 27% of the entire Latin American population would like to move permanently to the U.S.

The Central American countries of the “northern triangle,” which is the source of the border surge, boasts about 16.6 million people in Guatemala, 6.4 million in El Salvador, and 9.7 million in Honduras, for a grand total of 32.7 million people. By extraction from those numbers, about 8.2 million would like to emigrate permanently, though the number in that particular region is probably higher. That’s a lot of stimulus checks.

Here are a couple more complicating factors. At least 10% of the Salvadoran population is already in the states, many living here illegally. It’s unknown if these nationals are counted in the World Bank numbers cited above or are counted in the U.S. population, where they already get congressional represention, virtually all of it from Democrats. Some 18% of El Salvador’s national income comes from remittances, which suggests the percentage could be higher.

Here’s another complicating factor — would these illegals already in the states get Biden stay-home stimulus checks as well, on top of the stimulus checks they are already getting from states such as California and, soon, New York? Could they double-dip? That, in addition to their salaries from their illegally obtained jobs? Coming from nations where the per capita income is in the neighborhood of $4,000, it would be pretty easy to cadge a year’s salary from Uncle Sam, either by staying home, or not staying home as the nation and its states prefer, on top of the wages.

Would illegals be free to collect checks from all sources — first, the state stimulus checks, and then the Biden stimulus checks to stay home? Who’d check? The U.S. can’t even cross-check voter databases, you can bet they aren’t going to be able to cross-check with a foreign database. How could they prove one way or another where someone is actually living, particularly with families stretched across both the homeland and the states, plus some maybe in Mexico, and much of it off the books anyway?

And here’s yet another complicating factor: Would the stay-home money be more, or less, than the state handouts? You can bet the green-eyeshade calculations will be going on among the illegals, who like anyone else, always looks to their best advantages. It would seem that if Biden is serious about keeping illegals home, he’d have to top the $20,000 or whatever it is that generous states such as New York are offering courtesy of the taxpayers to the illegals.

And how would they prevent the cartels and MS-13 and other gangs from shaking down the would-be illegal migrants being paid by Uncle Sam to stay home? Any time the cartels, gangs, or human smugglers so much as hear about someone getting a remittance check or a paltry amount of cash from any source, it’s kidnap and blackmail time. They keep tabs on this, they are going to know. Rest assured, once the stimulus checks are shaken down and in the hands of cartels, the would-be migrants will be on the road to the states again.

And one last problem: Who again emigrates? We have the raw numbers above, but who again is it? Is it the poorest of the poor? Nope. It’s the middle and lower-middle classes of these countries. The idea of Uncle Sam cutting checks not to migrate to the middle class but not the poor of places like El Salvador or Honduras is kind of disgusting. What’s more, it’s bound to trigger anger in the streets. And yes, it will add to that one out of four Gallup ‘wants to move’ tally for U.S. checks.

So many problems with this it’s indescribable. Yet it’s typical of Biden, who as Bob Gates has said, has been wrong on every foreign policy issue.

It signals a Biden foreign policy on the border crisis in complete disarray.

Let’s recap some of the problems that were out there before this bound-to-fail idiot money-transfer scheme.

Biden’s named point person for the border negotiations, Roberta Jacobsen, a professional diplomat, has suddenly announced her resignation last week. Adios, Joe, she’s bailing by the end of April. That was quick.

Her job itself, negotiating with Central American northern triangle countries was undercut from the start by Joe Biden’s bone-to-the-left cancellation of President Trump’s stay-in-Mexico treaty for the majority of migrants who make meritless asylum claims, and the treaties he signed with Central American countries to keep residents home in exchange for $260 million in foreign aid. That’s now money flushed down the toilet. And it left Jacobson with very little to work with.

She was reduced to offering Central American states lectures on democracy and transparency as the big tool for keeping migrants home, something they’ve heard 10,000 times, all of it leading nowhere. I wrote about that here.

She (and her team) were also reduced to asking Mexico to bail Joe Biden’s chestnuts out of the fire on the border surge, begging them to stop the human waves after Joe practically invited them in, leaving Mexico to hold the bag. Joe asked Mexico, of course, so he wouldn’t have to, after he scrapped the agreement Mexico signed with Trump to stabilize irregular migration in exchange for continued and enhanced trade. Joe expected Mexico to give him what he wanted by halting migrants, now for nothing at all, just because he was sinking in the polls. Worse still, Mexico openly blamed Biden for his own stupidity, incentivizing huge amounts of child migration, and expecting Mexico to stop it for him, understanding very well what a clown they were dealing with. American Thinker contributor Silvio Canto wrote about that sorry picture here.

Here’s another problem: Biden undercut Jacobson’s position as the top border negotiator a second time by naming Kamala Harris as the big border negotiator. Who the heck in Central America would pay attention to Jacobson when they’ve just learned that the ‘it’ person is Harris? That might have been the reason she threw in the towel.

More spectacular still, Harris is AWOL, now 18 days in with no statement or evidence of paying any attention to the emergency migrant surge at the border. She was last seen focusing on getting her vice presidential mansion decorated and making headlines about getting “a snack” in Chicago. Rest assured, none of that helped Jacobson, who then bolted.

Ahead of her exit. she told Reuters this:

“We’re looking at all of the productive options to address both the economic reasons people may be migrating, as well as the protection and security reasons,” Jacobson said.

She did not provide a detailed explanation of how a cash transfer program would work.

“The one thing I can promise you is the U.S. government isn’t going to be handing out money or checks to people,” Jacobson said.

It’s not clear from the Reuters account whether she said that before or after the news of her resignation, but if it came before, and I suspect it did, it suggests that maybe her declaration that the U.S. government would not being handing out cash or checks “to people” might just have been a firing offense because Joe does indeed want to hand out cash to make border surgers go away, not being willing to beg Mexico to restore the treaty it signed with President Trump.

It just goes to show how bereft of ideas the Biden administration is now that the costs of the current border surge — $60 million a week, or about $24,000 per illegal for housing, food, transport, time spent locating “relatives” in the U.S., vetting, hiring of personnel, renting of space, et al — are going through the roof and the public is now blaming him for the crisis, which he still insouciantly claims is not a crisis.

Joe inherited a good stabilizing set of treaties from President Trump and he threw them away. He had a border wall to stop some of the most savage border incursions, and threw that away, too. He’s now got a useless fool heading up the effort to resolve crisis that has since followed. His professional diplomats are fleeing. Now he’s hoping that throwing money at the problem of his own making is going to do the trick.