Good news from Iran: The Israelis are still working to stop the Iranian nuclear program 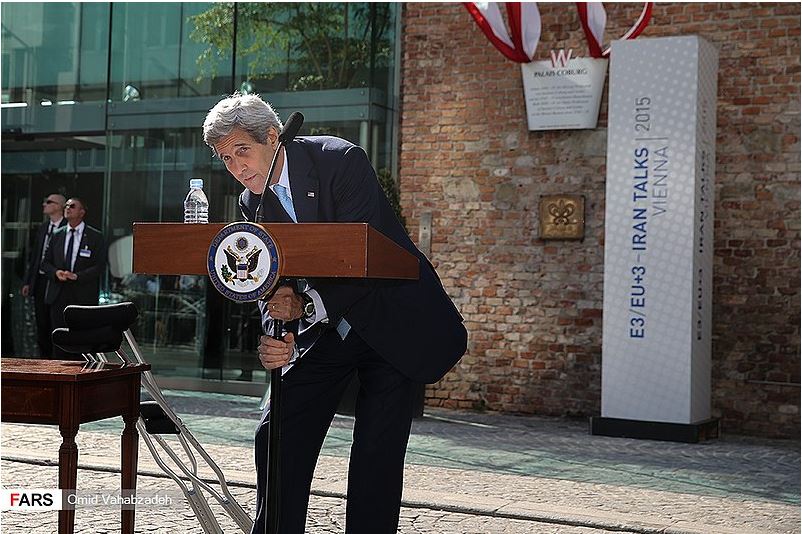 One of the many disasters of the Obama years was the Iran nuke deal, formally known as the Joint Comprehensive Plan of Action (JCPOA).

In exchange for one-billion seven hundred million dollars (400 million in cold, hard, cash), we got…their promise they will be good.

Well, no one expected the Iranians to keep their word, and yes, they have continued to work towards nuclear weapons. But today we’ve heard of some good news from the Iranian desert. Their nuclear research facility took a hit.

According to the New York Times on Sunday:

A power failure that appeared to have been caused by a deliberately planned explosion struck Iran’s Natanz uranium enrichment site on Sunday, in what Iranian officials called an act of sabotage that they suggested had been carried out by Israel.

The blackout injected new uncertainty into diplomatic efforts that began last week to salvage the 2015 nuclear deal repudiated by the Trump administration.

Iran did not say precisely what had caused the blackout at the heavily fortified site, which has been a target of previous sabotage, and Israel publicly declined to confirm or deny any responsibility. But American and Israeli intelligence officials said there had been an Israeli role.

How bad is to be determined, but we can credibly assume the Israelis did it. Thank God we’ve got the Israelis.

Here’s a link to a photo of the  Natanz Nuclear Facility, Iran.

DUBAI, United Arab Emirates (AP) — Iran on Sunday described a blackout at its underground Natanz atomic facility an act of “nuclear terrorism,” raising regional tensions. Ali Akbar Salehi, the head of the Atomic Energy Organization of Iran, stopped short of directly blaming anyone for the incident. Details remained few about what happened early Sunday morning at the facility, which initially was described as a blackout caused by the electrical grid feeding the site.

Many Israeli media outlets offered the same assessment that a cyberattack darkened Natanz and damaged a facility that is home to sensitive centrifuges…If Israel caused the blackout, it further heightens tensions between the two nations, already engaged in a shadow conflict across the wider Middle East. It also complicates efforts by the U.S., Israel’s main security partner, to re-enter the atomic accord aimed at limiting Tehran’s program so it can’t pursue a nuclear weapon…

“…We still do not know the reason for this electricity outage and have to look into it further,” Kamalvandi said… Asked if it was a “technical defect or sabotage,” Kamalvandi declined to comment…

…Natanz suffered a mysterious explosion at its advanced centrifuge assembly plant in July that authorities later described as sabotage. Iran now is rebuilding that facility deep inside a nearby mountain…

We can only hope what we can be pretty sure is the Israelis’ work against the Iranian nuclear weapons program is successful. The United States will not oppose it for the foreseeable future.

If you want an excellent book on the Israeli’s targeted program, read Rise and Kill First. Originally, the Mossad targeted former Nazi officials and Palestinian terrorists. But as the years have gone by, the Nazis and the Palestinians have gone mostly quiet, and now the Israelis have a more pressing enemy.

…Iran also blamed Israel for the killing of a scientist who began the country’s military nuclear program decades earlier. The Stuxnet computer virus, discovered in 2010 and widely believed to be a joint U.S.-Israeli creation, once disrupted and destroyed Iranian centrifuges at Natanz…

The recent MO of the Mossad is to assassinate the target (e.g., a couple of motorcycles drive up and shoot him, or a bomb is used, etc.), and within a few hours the operators are no longer in Iran. And by the next day, the co-workers of the now deceased scientist/technician/official get an email with pictures of his body. The message is very clear, “You’re next if you don’t stop.” Remember, Israel was founded on two words, “Never again.” The men and women who work these operations have no issue with killing nuclear scientists working to give the mullahs the means to wipe Israel off the map.

It’s has been an open secret that Israel developed nuclear weapons by the early 1970s, and an open source says they have as many as 500 warheads (like America, they will neither confirm nor deny). Reportedly, Tel Aviv was close to using them in 1991, when Iraq launched SCUD missiles towards Israel in the first Gulf War. But I find something very disturbing.

In a Facebook discussion with a very liberal friend of mine, when I asked about the Iranians developing nuclear weapons, he said “Who are we to say they can’t have them…they have as much right as any other nation.” I looked at his post and wondered how much he had to drink this past week. The problem is his view reflects many on the left. Part is their innate anti-Semitism. And part is the naïve belief that the West in general, and the United States in particular, have no standing to criticize any other nation, see the usual canards (slavery, mistreatment of the Indians, etc.).

Again, it’s an open secret that the only nuclear armed nation in the Middle East is Israel, and has been for a half century. And in spite of multiple attacks on the Jewish homeland, it has not used them. Does anyone with a two-digit IQ think that if the mullahs in Tehran had nukes over the last forty years, they would have not used them?

As the idiot with the cognitive decline in the White House (actually Obama and the other real powers behind the throne) rush to restart the Iran nuke deal, and start an Operation Warp Speed for Tehran’s weapon’s program, let us hope Tel Aviv can keep knocking the program down. Israel will not let Iran have nuclear weapons, and will use any method it can to peacefully prevent this. Otherwise, they will choose other methods.

Michael A. Thiac is a retired police patrol sergeant, and a retired Army intelligence officer. He can also be found on A Cop’s Watch.