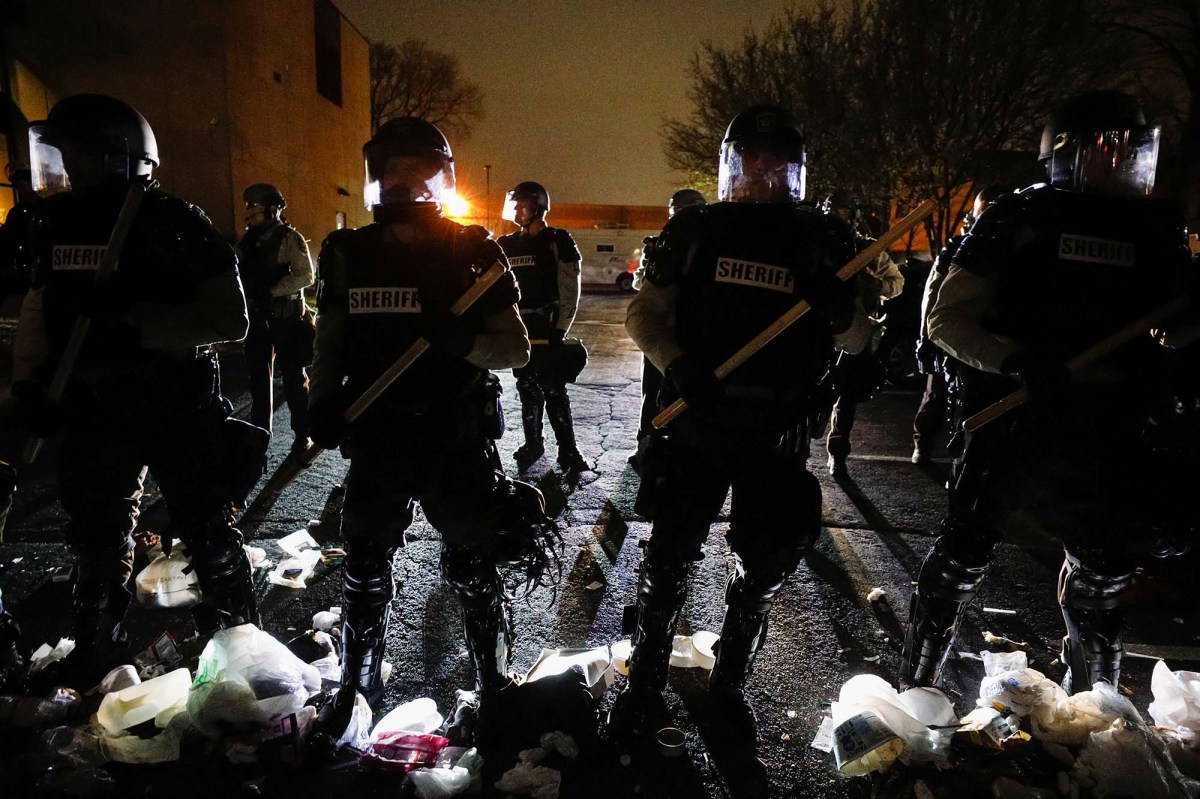 Minnesota police fatally shot a 20-year-old driver after pulling him over Sunday afternoon — sparking protests at the scene well into the night.

Police shot the man, identified by family as Daunte Wright, during the traffic stop on Orchard Avenue in Brooklyn Center at about 2 p.m., WCCO reported, citing authorities.

It was not immediately clear why Wright, who was with his girlfriend at the time, was stopped. But police said he had an outstanding warrant.

When police tried to arrest Wright, he allegedly tried to get back into his car, leading to an officer opening fire, the report said.

He then drove several blocks before crashing.

Wright’s mother addressed protesters that gathered near the scene later Sunday, describing a call she received from her son before he was shot.

“‘Mom, I’m getting pulled over,’” Wright said on the call, according to his mom. “‘They’re asking about insurance,’” he said.

His mother told the crowd that she heard officers ordering her son out of the car, telling him to put his phone down and then telling him not to run.

She said her son was pulled over because of an air freshener he had inside his car.

Protesters, at times, clashed with police on Sunday.

Demonstrators chanted “What do we want? Justice. When do we want it? Now.”

“I don’t want everybody out here chanting and screaming, yelling, I just want [my son] home, that’s it,” Wright’s mother said Sunday.