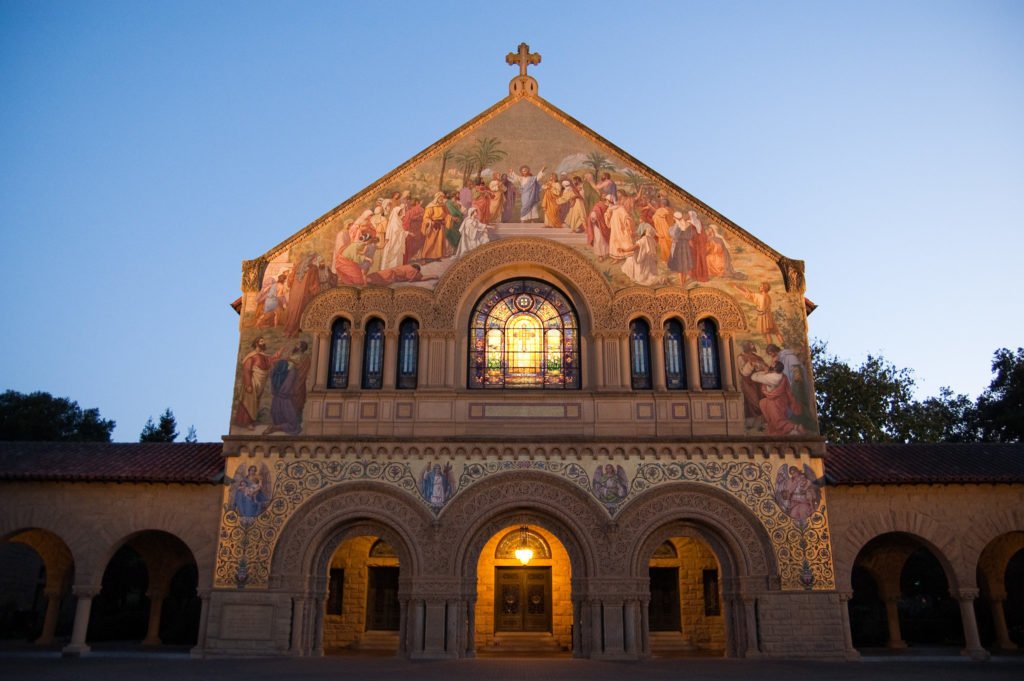 On Friday, for the fifth time the U.S. Supreme Court slapped down a Ninth Circuit Court of Appeals decision upholding anti-religious COVID restrictions established by California’s embattled Gov. Gavin Newsom. The court’s unsigned order in Tandon v. Newsom represents much more than a victory for the plaintiffs who sought to host Bible studies in their homes on equal footing with analogous commercial activities: It signifies the reemergence of religious liberty as a valued jurisprudential principle to the Supreme Court.

In the Tandon case, Pastor Jeremy Wong and Karen Busch challenged restrictions the California Department of Public Health placed on Bible studies and prayer meetings held at worshipers’ homes as part of the Golden State’s so-called “Blueprint for a Safer Economy.” California’s “Blueprint” followed several earlier regulations based on authority purportedly provided to the Department of Public Health by Newsom’s proclamation of a state of emergency and later his issuance of a pair of executive orders that directed all Californians to comply with all “State public health directives.” Refusal to do so would subject violators to a misdemeanor conviction and a $1,000 fine or six months’ imprisonment.

Conversely, the state placed no limits on outside gatherings for weddings, funerals, protests, or political events. The state also granted indoor commercial activities much greater leeway for the number of patrons allowed inside for businesses from nail salons to tattoo parlors to museums, movie theaters, gyms, and restaurants.

Because these California regulations barred Wong and Busch from continuing to host Bible study and prayer meetings at their homes, as they had done for years, while allowing outside gatherings and analogous indoor events at commercial businesses with substantially more patrons in attendance, they sued the state for violating their First Amendment rights to free exercise of religion.

After losing on their motion for preliminary relief in the lower court, the plaintiffs filed a motion with the Ninth Circuit Court of Appeals, seeking an emergency injunction pending appeal, to prohibit enforcement of California’s limitations on private religious gatherings. In a split 2-1 decision, Judge Milan Smith (a George W. Bush appointee) and Judge Bridget Bade (a Donald Trump appointee) denied the motion. In a partial dissent, fellow Trump appointee Judge Patrick Joseph Bumatay countered that an emergency injunction was both appropriate and required by Supreme Court precedent.

In his dissent, Judge Bumatay focused on the lower court’s reasoning that distinguished “social situations” from “commercial activities,” then compared in-home Bible studies only to other in-home gatherings and not to the also analogous commercial activities. Because California treated all in-home gatherings the same, the lower court and the majority at the Ninth Circuit concluded the COVID restrictions did not infringe on the plaintiffs’ free exercise rights.

But the distinction between “social situations” and “commercial activities” was misplaced, Judge Bumatay explained, writing that the rationale “accomplished a subtle but unmistakable religious gerrymander, [that] conveniently exclude[ed] business gatherings from the definition of prohibited activities,” even though similar gatherings to Bible studies were allowed in restaurants, buses, salons, and movie theatres. Because the latter business activities proved analogous in terms of the risk the plaintiffs sought to engage in, injunction emergency relief was appropriate, Bumatay concluded.

In a short four-page order the Supreme Court issued on Friday, a majority of the justices, consisting of Samuel Alito, Amy Coney Barrett, Neil Gorsuch, Brett Kavanaugh, and Clarence Thomas, agreed with Bumatay that an emergency injunction should issue. Chief Justice John Roberts indicated he would deny the application but did not write separately, while the three leftist justices dissented from the issuance of the emergency injunction.

In issuing the emergency injunction pending appeal, the Supreme Court majority stressed that “this is the fifth time the Court has summarily rejected the Ninth Circuit’s analysis of California’s COVID restrictions on religious exercise.” The court then added that “it is unsurprising that such litigants are entitled to relief,” given that “California’s Blueprint System contains myriad exceptions and accommodations for comparable activities, thus requiring the application of strict scrutiny.”

Strict scrutiny, the court explained, “requires the State to further “interests of the highest order” by means “narrowly tailored in pursuit of those interests.” Even in a pandemic, that standard “is not watered down”; it “really means what it says.”

A Big Shift in Court Attitude

It is not the Supreme Court’s conclusion that an emergency injunction should issue, however, that proves the most profound in this case, but the four points the abbreviated order declared “clear” from Supreme Court free-exercise jurisprudence.

That jurisprudence has been stilted since the Supreme Court’s 1990 decision in Employment Division v. Smith, interpreting the Free Exercise Clause of the Constitution, which provides that: “Congress shall make no law respecting an establishment of religion, or prohibiting the free exercise thereof…”

The Supreme Court in Smith, in an opinion authored by Justice Antonin Scalia, held that neutral laws of general applicability do not violate the Free Exercise clause even if such laws burden a person’s religious beliefs or practices. Rather, such laws remain constitutional so long as the government holds a rational or legitimate basis for the regulation, which most laws do.

Conversely, as the Supreme Court made clear three years later in Church of the Lukumi Babalu Aye, Inc. v. City of Hialeah, “a law burdening religious practice that is not neutral or not of general application must undergo the most rigorous of scrutiny.” That scrutiny—called strict scrutiny—requires a law to be “justified by a compelling governmental interest and [it] must be narrowly tailored to advance that interest.” Few laws satisfy this most exacting scrutiny.

Citing this precedent and the Supreme Court’s earlier orders addressing COVID restrictions, the Tandon decision hammered four points. First, “government regulations are not neutral and generally applicable, and therefore trigger strict scrutiny under the Free Exercise Clause, whenever they treat any comparable secular activity more favorably than religious exercise.” Also, “it is no answer that a State treats some comparable secular businesses or other activities as poorly as or even less favorably than the religious exercise at issue,” the court added.

“Second, whether two activities are comparable for purposes of the Free Exercise Clause must be judged against the asserted government interest that justifies the regulation at issue.” Here, the court noted, “Comparability is concerned with the risks various activities pose, not the reasons why people gather.” “Third, the government has the burden to establish that the challenged law satisfies strict scrutiny,” and to do so the government “must show that the religious exercise at issue is more dangerous than those activities even when the same precautions are applied.”

Finally, the Supreme Court noted that “even if the government withdraws or modifies a COVID restriction in the course of litigation, that does not necessarily moot the case.” Rather, so long as the plaintiffs remain under the threat that government officials will reinstate the challenged restrictions, the case remains live and an injunction is appropriate.

These Principles Could Extend A Lot Farther

While the Supreme Court’s decision last week concerned the COVID pandemic, the principles it declared “clear” apply without regard to the law at issue. Those fearing the further eroding of religious liberty should take solace in that, because a majority of the Supreme Court has now declared that laws that “treat any comparable secular activity more favorably than religious exercise” must be subjected to strict scrutiny.

This clarification is crucial because legislators often carve out exceptions for secular interests. For instance, the Obamacare birth control mandate exempted employers offering insurance through grandfathered plans, but not employers such as the Little Sisters of the Poor or Hobby Lobby that held religious objections to providing insurance coverage of birth control or abortifacients. The reasoning of Tandon, however, suggests a majority of the Supreme Court would conclude that the Obamacare birth control mandate would violate the Free Exercise Clause since comparable secular activity—businesses offering grandfathered plans—received more favorable treatment.

Here, it is important to note that while the Supreme Court ruled in Hobby Lobby’s favor in the Christian crafting store’s case challenging that abortifacient mandate, that decision rested on the Religious Freedom Restoration Act, or “RFRA,” not the Free Exercise Clause of the Constitution. That distinction matters significantly because, when then-President Bill Clinton signed RFRA into law in 1993, it held near unanimous support from Democrats.

Democrats have since reversed their views on religious liberty, and their legislative priorities such as the so-called Equality Act expressly provide that RFRA would not exempt Americans with religious objections from the law’s reach. The Free Exercise Clause may well then be the only remaining protection of conscience rights, but thankfully the Tandon decision from last week suggests the high court intends to resurrect those by giving, in the words of one left-leaning legal commentator, a “most-favored nation status” of sorts “for religion.”

That is as it should be, given our Founders valued religious liberty so greatly they ordained free exercise rights among those contained in the first of the amendments.