COVID hysteria is so yesterday

You may have read that the tide is turning.  I wrote that just the other day and was pleased so many of y’all wrote me to cheer about it.

When do we know that COVID hysteria has become so yesterday?  Maybe when establishment media begin to say so, too.  In Thursday’s Wall Street Journal, columnist Daniel Henninger shouted it:

Today, it’s fair to say that no one but the hopelessly credulous believe much of anything Mr. Biden, Jen Psaki, Anthony Fauci or Rochelle Walensky says about Covid and Omicron. The list of doubted authorities worldwide could extend to the horizon.

When it’s obvious enough that mainstream media recognize it, it’s probably actually arrived.  If you’re marking your calendars, mark this day or week or month as 1 A.C. (for After COVID).  A new era has arrived.

Although President Slow Joe has been wacky for at least an entire year, it seems that most of America is only recently finally acknowledging the fact.  Better late than never.  Doesn’t that feel wonderful?

If the Wall Street Journal’s editorial page is any measure, Biden has succeeded, although not in the way he hoped to.  He has succeeded in getting people to stop obsessing about COVID.

Henninger’s column sums up the issue: “People are flying the pandemic white flag: They’ve stopped caring what the government, the politicians or ‘science’ is telling them about Covid.”

Henninger quotes from a recent Associated Press-NORC poll, which asked, “Thinking about the problems facing the United States and the world today, which problems would you like the government to be working on in the year 2022?”

“Naturally,” Henninger wrote, “some 68% said the economy — with the worst inflation since 1982 — needed some thought.  But astonishingly, the percentage who want the government to work on Covid-19 is 33%, a 20-point drop from a year ago.”

Isn’t it fascinating that percentage also is just about the identical percentage that believes that Joe Biden is doing a good job as president?  For perspective, we used to remind readers that 15% of Americans thought Elvis is still alive, decades after he was dead and gone.  That’s the company Biden’s keeping.

That doesn’t mean that COVID has disappeared.  Indeed, as Henninger noted, “[i]dentified U.S. Omicron infections are arriving at hundreds of thousands a day.  Sagas abound of burned-out hospital workers and depleted workforces.  Holiday air travel was a historic nightmare.  The promised supply of rapid antigen tests is today’s equivalent of the bridge to nowhere.  Cloth masks worked until they didn’t.  School’s out — forever.”

What it does mean is that people just don’t put any value in what Biden, Fauci, et al. have to say about COVID.

The general population isn’t the only group tuning out Biden and company.  You may have noticed the Supreme Court by a 6-3 vote derailed Biden’s executive mandate for vaccinations for 80 million-plus employees of private companies.

Biden, never a good loser, said, despite the ruling, that companies still should impose the jab on their employees.  “Tone-deaf” doesn’t begin to describe the man.

But at least now, the mentally challenged occupant of the White House, who recently likened people who disagree with him to domestic terrorists, is rapidly becoming irrelevant.

If we can’t achieve a small, limited federal government, at least it’s a good sign that it’s becoming an irrelevant government.

We’ve got a long way to go to return this nation to what the Founders envisioned and repair the damage done by politicos like Joe Biden.  But it’s encouraging that the pendulum seems to be swinging.

One warning.  Like a wounded wild animal, power-seeking politicians become more dangerous after a painful public rebuke.  Now is not the time to rest on laurels.  There remains much work to be done to turn this tide completely, and finally.  For one thing, the president and the Covidian hordes believe they still should be in charge.

Mark Landsbaum is a Christian retired journalist, former investigative reporter, editorial writer, and columnist.  He also is a husband, father, grandfather, and Dodgers fan.  He can be reached at mark.landsbaum@gmail.com. 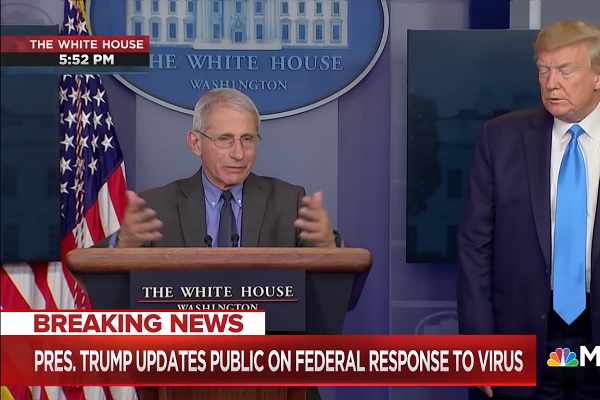 If you experience technical problems, please write to helpdesk@americanthinker.com