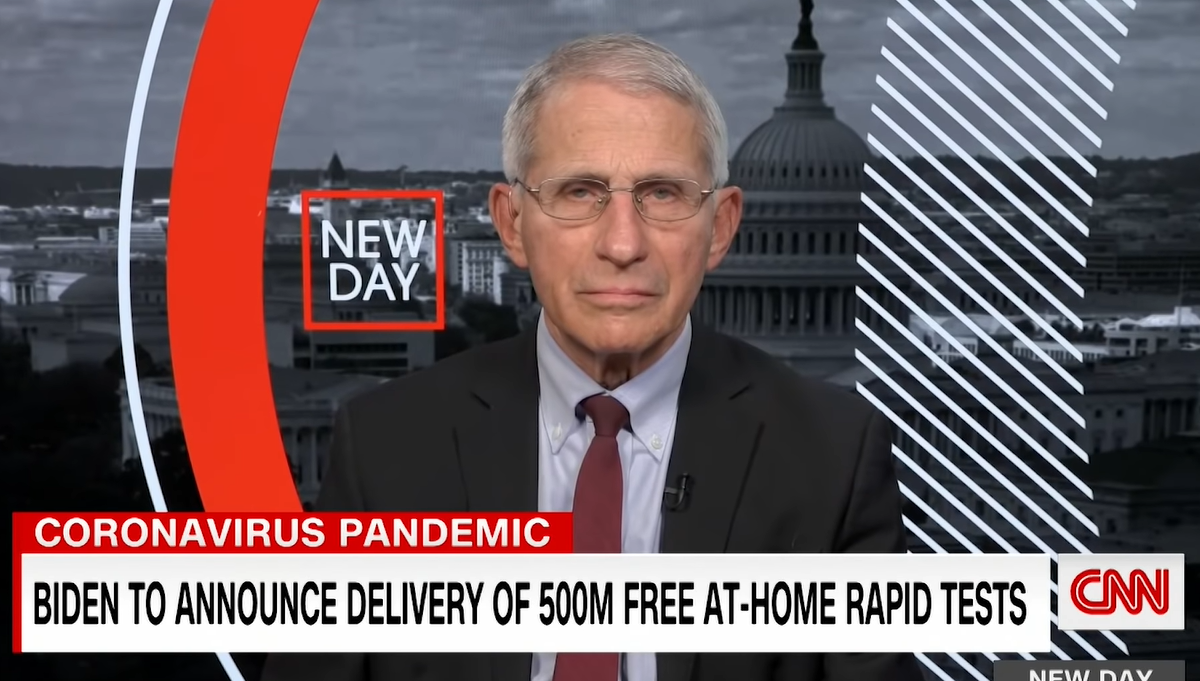 Nearly a dozen House Republicans led by Ohio Rep. Warren Davidson called on the inspector general of the Department of Health and Human Services (HHS) to launch a criminal probe into National Institute of Allergy and Infectious Diseases (NIAID) Director Anthony Fauci.

The referral stems from the chief presidential medical adviser’s calls for Fox News anchor Jesse Watters to be fired after the network host urged students at a conservative conference to confront Fauci over his routine lies.

“Now you’re going for the kill shot. The kill shot with an ambush is deadly because he doesn’t see it coming,” Watters said at a Turning Point USA event. “This is when you say, ‘Dr. Fauci, you funded risky research at a sloppy Chinese lab. The same lab that strung this pandemic on the world. You know why people don’t trust you, don’t you?’ Boom, he is dead. He is dead.”

While Watters made his comment in the context of a First Amendment exercise to hold government leaders accountable, Fauci went on CNN to demand the Fox host be disciplined over the “horrible comments.”

“That’s awful that he said that,” Fauci complained. “And he’s going to go very likely unaccountable. I mean, whatever network he’s on is not going to do anything for him. I mean, that’s crazy. The guy should be fired on the spot!”

In their letter to the HHS inspector general sent Thursday afternoon, House Republicans pointed out it’s a criminal offense punishable by up to 15 years in prison for a federal official to influence private-sector employment decisions based on partisan affiliation.

“Dr. Fauci did so while acting in his official government capacity as NIAID Director and Chief Medical Advisor to the President of the United States,” they wrote. “Dr. Fauci’s attempt to influence Mr. Watters’ private sector employer to terminate him on the basis of partisan political affiliation may constitute a violation of federal law.”

Lawmakers asked the HHS inspector general to probe two questions, including whether:

1. Dr. Fauci intended to influence Mr. Watters’ private employer to terminate him on the basis of partisan political affiliation, …

2. Whether Dr. Fauci engaged in an ‘official act’ under [federal statute] when he publicly called for the firing of Mr. Watters while giving an interview in his official capacity.

“Based on watching the full clip and reading the entire transcript, it’s more than clear that Jesse Watters was using a metaphor for asking hard-hitting questions to Dr. Fauci about gain-of-function research and his words have been twisted completely out of context,” Fox said in a statement.

In an interview with The Federalist, Davidson said he hopes the HHS will embrace a “broad look at how Fauci has conducted himself in an office of public trust.”

“Fauci feels that he is unaccountable because he has been for a long time,” Davidson said.

“Instead of engaging them on the merits, you and Dr. Collins,” Paul said, referencing the former National Institutes of Health director, “sought to smear them as fringe and take them down, and not in journals, in lay press. This is not only antithetical to the scientific method, it’s the epitome of cheap politics, and it’s reprehensible, Dr. Fauci.”

Tristan Justice is the western correspondent for The Federalist. He has also written for The Washington Examiner and The Daily Signal. His work has also been featured in Real Clear Politics and Fox News. Tristan graduated from George Washington University where he majored in political science and minored in journalism. Follow him on Twitter at @JusticeTristan or contact him at Tristan@thefederalist.com.