The Tragic Lesson of Don’t Look Up 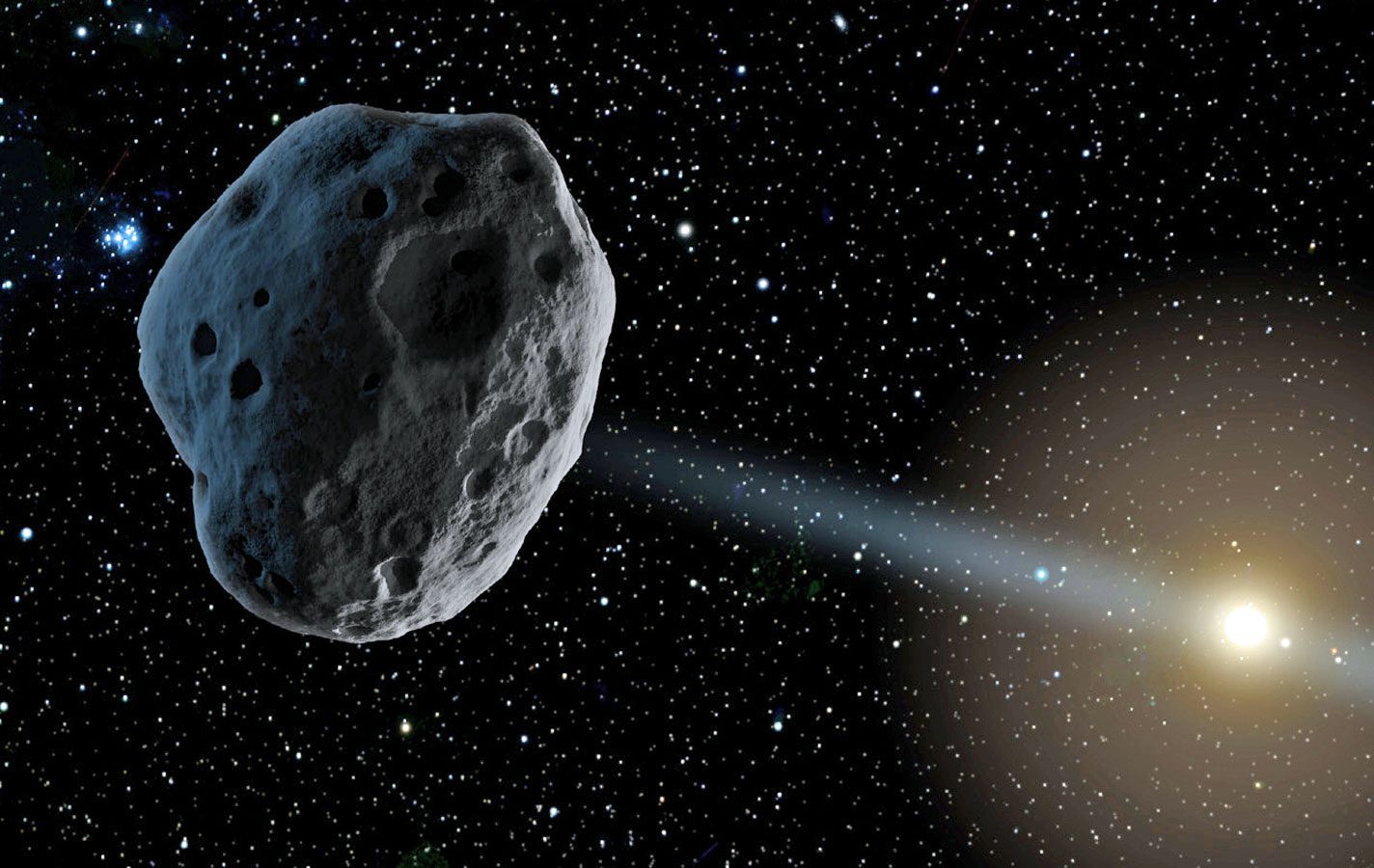 It was the zeitgeist.

In 1998, during the last great disaster-film craze, two blockbusters about extraterrestrial objects striking Earth and triggering extinction, Armageddon and Deep Impact, were released within a few months of each other. Stylistically different, the two films shared a common theme: For all our faults, humanity will always fight for its survival. And, though many will perish, we’ll ultimately prevail thanks to our courage.

Don’t Look Up, released in 2021 and distributed via Netflix, is the first big-money film since then that explores the topic of extinction-level impact, and it takes the polar opposite tack: Even in the face of guaranteed demise, humanity will find a reason to destroy itself. It’s a bleak, cynical message, but audiences must wonder: Is this who we are? Besides being tremendously entertaining, the themes in Don’t Look Up could very well represent the zeitgeist of today.

More Deep Impact than Armageddon, Hollywood’s return to the planet-killing-object genre focuses less on the act of averting disaster and more on human drama. A scientist and a Ph.D. student, portrayed respectively by the impossible-to-typecast Leonardo DiCaprio and Jennifer Lawrence, discover a comet big enough to destroy all life on Earth with an impact date just over six months away. What follows is a half-year of futile attempts to mobilize state and society to wake up and fight for survival, only to discover the demoralizing truth: People just don’t care all that much.

A satirical but thoughtful film, the question of “What if the world ended in an election year?” is answered in absurdly comedic fashion. Yet, there’s a tinge of realism to it all. As Eric Weinstein noted, everything, including the economy and politics, has become “kayfabe,” pro-wrestling lingo for portraying fake things as real. Private or public, everything has become about maintaining deception, since living by truth is far too burdensome and potentially destabilizing. In the movie, no one—neither the White House, the media, nor the public—is willing to be inconvenienced by the worst news imaginable. Elections, good times, and profits are at stake, and we’re just too high on our own supply to realize none of it matters if we’re due to be wiped out in six months. The adage about good times creating weakness rings true here.

Rife with serious political overtones, Don’t Look Up did a marvelous job walking a delicate tightrope. By scrambling the political alignment of the world presented in the film, it wasn’t always easy to draw real-world inferences. President Janie Orlean (Meryl Streep) appears to be a Democrat of the Clinton variety, with a celebrity’s flair that could come from any side of the aisle. Later in the film, she appears to have established a broad base of support that has apparently accomplished the impossible: bring together the multicultural left with what looks like the MAGA right.

As for the main characters, their politics are a mystery in the story, and that’s just fine. Not only does it make them easier to relate to, but it’s just not that important. At its core, it’s not a political story, but one about people trying to save everyone else—who apparently don’t want to be saved. Nobody escapes unscathed; caricatures of both the left and the right, including the mainstream and opposition media, are flayed, and so are the highly educated bureaucrats, experts, and others who hold the levers of power in society.

One interesting character is a caricature of a Big Tech business magnate—a combination of the worst of Jeff Bezos, Steve Jobs, and Elon Musk—who emerges as something of a villain in the story. By contrast, an Evangelical Christian, a go-to movie-industry villain, is placed in the protagonist bloc. Surprising as it is to hear from Hollywood, especially after two years of Covid-mania, the takeaway seems to be to not trust those in charge, who don’t have your best interests at heart, and who’ll let you down when it counts the most.

Where have we heard that message before?

Hollywood, of course, is a leftist enterprise, and what you see constitutes their worldview. Cosmopolitan and urbane, rooted in values so broad and open-ended as to mean nothing specific, it seeps through in Don’t Look Up, contrasting with the more patriotic, Heartland-style vibe of Armageddon and the Middle American flavor of Deep Impact. However, while there is hardly anything “conservative” about Don’t Look Up, it has something to say the right probably should agree with: America has become a very decadent society, to the point that it has neither the inclination nor the will to fight for anything, including mankind’s survival.

Even as the world begins to take more seriously the prospect of annihilation, every well-meaning attempt to prepare humanity for its demise turns into a totally unserious stream of hashtags, sloganeering, and self-indulgence, primarily through social media. What audiences see is a society that simply cannot take anything seriously and will meet its demise not through self-destruction, but because it can’t be bothered to accept the truth in front of its face until it’s too late. There’s poetic justice to this, however: Many of us are derided as doomsayers for merely pointing out that bad things can happen to us, and the movie shows there’s no honor in complacency and normalcy bias.

At 138 minutes, Don’t Look Up is lengthy for light-hearted fare, but it passes quickly. Even if it’s too long for some, the ending is worth the wait. Hopefully readers will take the time to watch it all the way through to absorb the full emotional impact of the closing scene. Deeply moving and tragic, the moment reveals something that, for all our apparent progress, has proven true throughout the ages: Even the most destructive forces in the universe cannot crush faith or family. Our existence alone may lack meaning, but it becomes meaningful when we believe in something bigger than ourselves and when we live for the sake of others. The things we look up to and those whom love are our refuge in the face of terror and the unknown.

With it comes a plea: no matter our beliefs and convictions, could we all at least agree that being here is a blessing? The last line of dialogue before the credits roll is pregnant with meaning: We really did have everything, didn’t we? It’s only when it’s about to be taken away from us do we realize what a wonderful gift we were bestowed by our Creator and our ancestors, before we squandered it. The lesson isn’t that we ought to be ashamed of ourselves, but that we should realize, daily, how fortunate we are as a species and that the end comes for us all—and maybe sooner than we think. Our survival is never guaranteed, even when we fight for it, but we’ll never survive unless we’re willing to fight for it.

It may not be enough to bridge divides. But unity often emerges from the collective realization that that this here, and each other, is all we’ve got.